the dance of Shiva 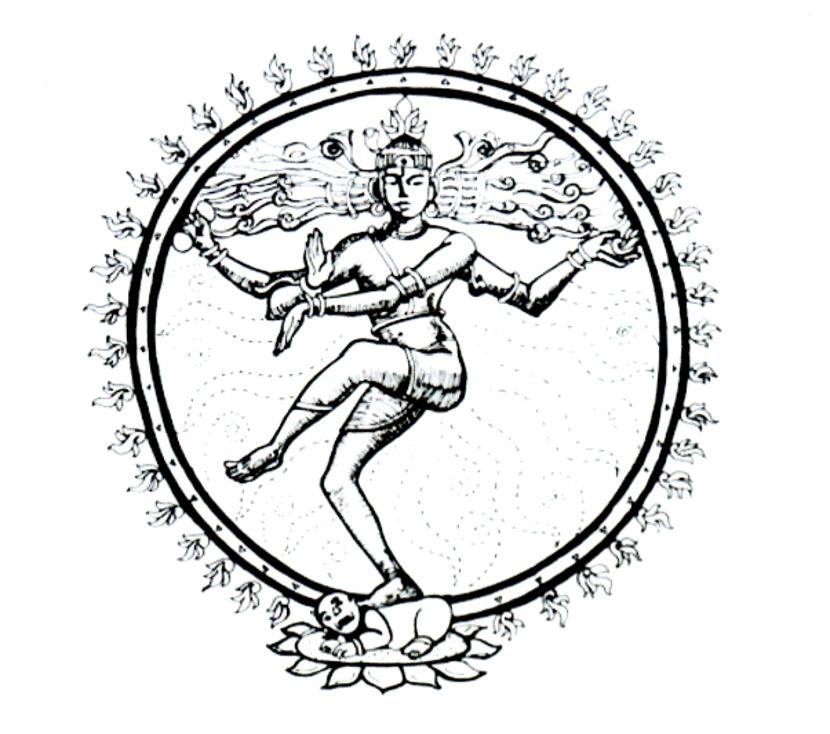 One of the most visually dramatic and culturally significant forms of the absolute or the supreme in Hinduism is Nataraja – Lord Shiva as the King of Dance. The form of Nataraja gained prominence in the Chola dynasty of South India around the 10th century AD. The bronze statues of Nataraja from that era are some of the grandest examples of Hindu art. It is a popular sculptural symbol of Lord Shiva in India and often used to represent Indian culture. Shiva as Nataraja is found in many temples of South India, and is the primary deity of the famous Shiva temple in Chidambaram which is dedicated to Nataraja.

The icon is also often called the Ananda tandava, the dance of bliss. The dance of Shiva represents the five divine acts, or panchakriya – shrishti (creation), sthiti (maintainance), samhara (destruction or transformation), vilaya (concealment), and anugraha (revelation, grace). It is a dual statement of stillness and motion, the static sculpture representing the cyclic nature of the manifest realm through the activity of Shiva. The ring of fire around the figure of Nataraja represents the manifest universe, while the lotus pedestal on which the entire image rests places this universe within the heart or consciousness of each person.

The visual form of Nataraja has Shiva with four arms dancing within a circle of flames, lifting his left leg and standing on a dwarf, Apasmara, who symbolizes ignorance. His upper right hand holds the drum of creation, beating the pulse of the universe and also music for Shiva’s dance. The drum represents sound as the first element of an unfolding universe. In his upper left hand, Nataraja holds the fire of destruction, which according to Hindu mythology is the instrument of transformation at the end of each cycle of creation. These two symbols, therefore, illustrate the intricate balance of the forces of creation and destruction in the universe.

The lower right hand is held in the abhaya pose, which literally means fear not, and signifying a gesture reassurance and protection. It signifies stability and peace and the act of maintenance or preservation. The uplifted left leg signifies revelation, the power of Grace to reveal. The lower left hand cuts across the heart and represents concealment, the cloaking of our perception. The hand points to the uplifted leg and so it guides us to the presence of Grace. The uplifted leg is the closest to us on the icon which signifies that Grace is always the closest thing to us.